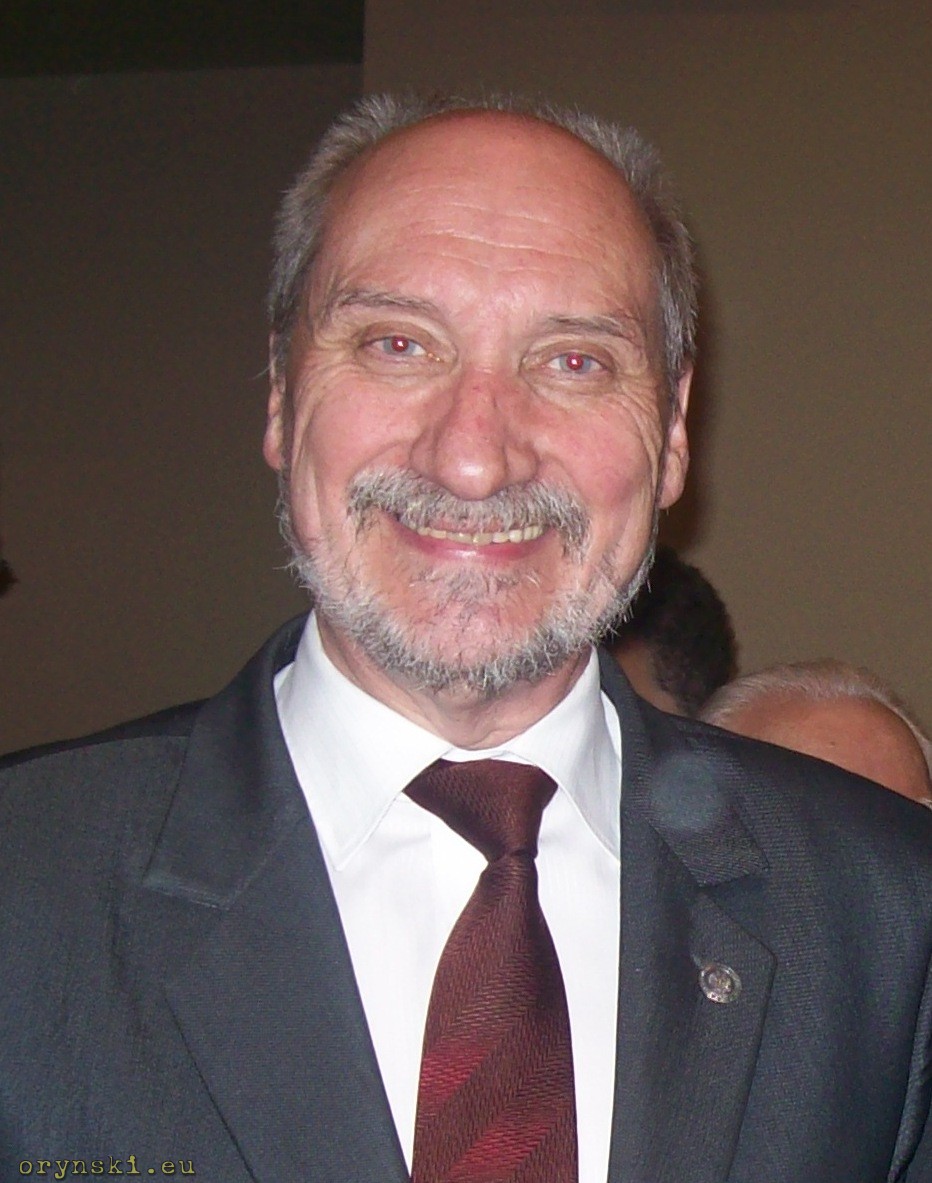 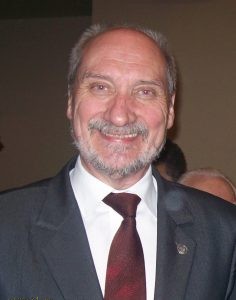 There you go: yet another example of the anti-Polish conspiracy. A Brussels sponsored leftist-feminist-atheist-vegetarian forces will not stop to attack true Polish patriots. Now they went so far that they ordered a Spanish police to attack Polish women and children. Luckily, the Football hooligans were there to protect them. Or at least this is a version of event given by the representatives of the football hooligans who rioted in Madrid city centre.

Luckily, we can be sure that at least our members of the parliament will be safe from the foreign police forces. A Parliamentary Pilgrimage to Vatican, that was supposed to be a way to thank the pope for his visit to Poland during World Youth Day turned to cause several schedule clashes when it was decided that it costs will not be covered by the budget, but that MP’s are to pay 1200 zł per head from their own pockets. Due to sudden lack of interest it seems that the pilgrimage will be organized in another time.

Since Lech Wałęsa, according to PiS, was proven to be a traitor and a communist spy, it is very unlikely that his life will be in anyway in danger from those leftists for whom he apparently works. This is why government decided to call off the bodyguards that are usually assigned to former presidents of Poland. And even if someone will shoot him down, there will be no loss, at least according to Krzysztof Wyszkowski, an anti-communist opposition activist, who claim that Wałęsa, who was awarded with Peace Nobel Price back when it was still meaningful, is just “a monkey carried around in the cage for the excitement of the populace”.

Good news is also that there will be a less chance for another foreigner to be beaten up by nationalists in Warsaw. Foreign minister Waszczykowski “ceased cooperation” with Venice Commission, that was invited to Poland by him to investigate matters of the Constitutional Tribunal crisis. Its finding turned out to be not to Waszczykowski’s liking, as members of the commission pointed out that it’s PiS that tries to dismantle democracy, so Waszczykowski resented and announced that he will no longer tolerate some Venice Commission offending Poles and Polish Government. Obviously Britain is not the only country that is fed up with experts. Especially with leftist ones.

Luckily, in the future such problems will become more and more rare. Good news were brought in during scientific conference by professor Chazan, a gynaecologist known to be born-again Christian who, after aborting a number of “unborn children” that would today populate a small town, found his conscience and became an anti-abortion icon after the case when by spoofing procedures he forced a women to give birth to a heavily deformed baby who died few days later in painful agony (we were reporting on that case in Blisty before and you can read it in English here). Recently he expressed his, allegedly scientific, opinion, that leftists have smaller chance to get pregnant due to their will to stay slim.

But can Poland wait until leftist number diminish due to their troubles with reproduction? Maybe some other solutions should be undertaken? I am not talking about shooting them, just as the new environmental minister Jan Szyszko wants to shoot protected animals such as aurochs, wolves and beavers, because such ideas cause an outrage even in openly pro-PiS media. But what if we just treat them with the way they deserve? We can stop saying them “hello” or shaking their hands, we can also refused them with serviced for which they paid for. First cases of this boycott already happened: for example a DB Schenker courier refused to deliver a parcel to a Gazeta Wyborcza photo reporter in Wrocław. He said that he won’t cross a threshold of the Wyborcza building due to “ideological reasons”. Seems that soon you will have to be a PiS member not only to get a job in the company controlled by the state, but also to be served dinner in a restaurant or to have your refuse collected…

Speaking of people, who got their job only due to being PiS supporters, there was a brief come-back of Bartłomiej Misiewicz – a young padawan of Polish defence minister, Antoni Macierewicz. And it seems it was just in time. When Macierewicz scrapped a contract for helicopters with the French and announced that we will now buy ones from the USA, his deputy minister told the world, that Poles were teaching French centuries ago how to use fork. Seems that French are much more teachable than us, as obviously we failed to understand even basics of diplomacy and savoir vivre. Meanwhile Macierewicz changed his mind overnight, and on the next day announced that we are going to build own our helicopters in cooperation with Ukraine. Luckily, Bartłomiej Misiewicz was released from the broom closet just in time to make use of his experience as a pharmacy sales assistant and provide his boss with some pills, so luckily our Minister of Defence was stopped in time and the announcement of the beginning of the construction of Poland-Ball class Death Star remained a joke. For now he has announced that Poland might buy some of those French helicopters after all.

But the medicines needs time to work. And helicopters are not the only matter that occupies Minister Macierewicz. He might not be claiming to be Napolen Bonaparte yet, but only last week he managed to express his certainty, that selling Mistral warships to Egypt after their delivery to Russia was cancelled after its invasion of Crimea was just a smokescreen, and they will be sold to Russia after all. For one dollar each (Seems that my frying pan, that I’ve just bought for 17 pounds was heavily overpriced!). He also announced a success of his Smoleńsk-crash commission: they managed to find a new evidence: a previously unknown footage. Previously unknown to them, that is, as it was broadcasted on Polish and Russian TV right after the crash, and since uploaded to youtube, where it was watched by ten thousands of people so far (and, by the way, contradicts everything that Macierewicz said about the crash so far).

I guess there might be some tactics in this. Perhaps Macierewicz wants to ensure safety of Poland by making Putin die of laughter? We will probably see about that, as after Jarosław Kaczyński got angry, Macierewicz was forced to send his boy Misiewicz to finish school. He was signed of to father’s Rydzyk university, where, being from PiS, he’ll probably finally manage to get that licentiate diploma after 7 years. The problem is that this means that there will be nobody near our Defence Minister who knows about medicines…

But Macierewicz’s failures don’t put others from acting. Another ministers force the idea of switching Poland from using Visa and Mastercard to using some Polish card payment system designed from scratch. I am afraid already, as earlier they announced that Poland will become a leader in production of electric vehicles, and so far they managed to challenge Tesla with this. I am a bit worried, as while I might not be the biggest fan of Vladimir Putin, I think that if Elon Musk died of laughter, that would be a big shame for the world.

But there is a hope. The new card system is in the official government program, but it does not mean that it has to be delivered. At least not by the government. When the opposition MP pointed to a PiS program and wanted to know when promises regarding changes in Ministry of Environment will be delivered, Minister Szyszko answered that it wasn’t him who put the PiS program online, and that this question should be addressed to the website’s admin.

And so, the time goes on. And it can be measured in various ways. There is Julian calendar, there is Georgian calendar, and there is a PiS calendar. On the pro-PiS website “niezależna.pl” there is a countdown clock, displaying remaining days of Professor Rzepliński’s terms in office as a head of Constitutional Tribunal. But in any way, it’s been a year since PiS won the election. On that occasion PiS run TVP Info informed on Twitter that “This is first government like that after 1989”. “But we had governments like that BEFORE 1989” replied Eliza Michalik, a journalist. I am not sure I can agree with her. There were governments that included careerists, criminals, puppets and communist. But I can’t recall any that would include lunatics.

Meanwhile in Cuckooland part 6 and a half.