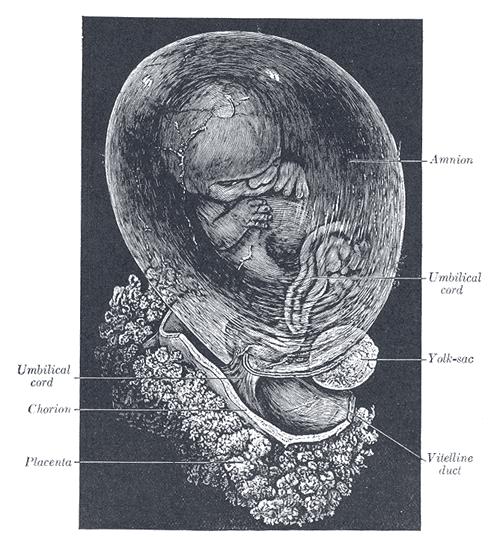 The battle of Golgota Picnic was the battle lost by the Catholic Church in Poland. Despite the performance of the controversial drama was cancelled, it turned to be a Pyrrhic Victory, as those, who oppose Catholic censorship got together and organized numerous performances or readings of the Golgota Picnic (I wrote about it for blisty before: here). Maybe it is because of this reaction that the protest against yoga event in one of Poznań’ city parks didn’t went ahead, despite terrifying articles in right wing press stating, that yoga is the tool of Satan, as it can cause “a sudden feeling of happiness” (sic!). But the theatre and yoga are not the only fronts of the war between Polish Catholics and secular part of the society. 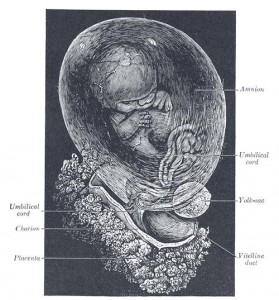 The most repeated name in Poland over last few weeks is that of Prof. Chazan, a gynecologist and a director of the state owned hospital, a signatary of so called “declaration of faith” – a letter inspired by a retired doctor, friend of pope John Paul II, in which the medical practitioners declare, that they will place their religious beliefs over the medical law and commonly used medical practices backed by science and guidance from the Ministry of Health. Prof. Chazan set new standards for the Catholic doctors as when one of his patient turned out to be pregnant with heavily deformed child, he made sure that she won’t have abortion, despite it being legal under this circumstances. By law, the doctor has right to refrain from performing abortions if it is against his religious beliefs, but he is obliged to inform the patient where such procedures can be performed.

For Prof. Chazan though using the opt-out provided by law was not enough. He had to make sure, that the life of the child will be saved, therefore he was prolonging the procedures, deflecting the Mother questions and ordering unnecessary diagnostics until the pregnancy was too advanced for abortion to be performed. As a result, the mother was forced to give birth (by caesarian section) to the baby, that was unable to survive, and indeed died just a few days later after a period of suffering mitigated by the morphine injections. The baby was so deformed, that its pictures weren’t allowed on TV, despite the fact, that nobody objects to broadcasting pictures of aborted fetuses used on regular basis as a propaganda tool by Pro-life movement. “If Professor Chazan have came to my clinic and seen this baby that he saved, he would probably change his approach” – said prof. Dębski, who’s clinic took care of the baby after it’s birth – This baby has half of its head missing, its brain is outside, one eyeball is dangling, the whole face is split…” – he described condition of his patient, rightly predicting its soon death from infection.

But professor Chazan was not interested in visiting his little patient whom life he “saved”. Instead he enjoyed his moment of fame, receiving flowers from pro-live activists and praises from Catholic priests and right wing publicists. His victory was spoiled after a commission established by president of Warsaw, who oversees Warsaw hospitals, found that he broke the law by refusing the patient access to services and deliberately forcing her to give birth to deformed baby, causing not only suffering of the little one, but also a heavy psychological trauma to the mother. As a result of this enquiry the hospital was fined with the hefty sum and the prof. Chazan himself got sacked from his job. At the same time mother sued him, as on the top of all this, he had propably deprived her of the chance to have a baby – this pregnancy was a result of in-vitro procedure, and due to the necessity of Caesarian section she will now have to wait for over a year before she will be able to try to get pregnant again. It is very likely that she will not be able to get pregnant after that time due to her age.

The sacking of Prof. Chazan sparkled a new fury of the Catholic activist and Prawo I Sprawiedliwość politicians. They see it as a attack on Catholic values and openly protest against it. The brawl over Prof. Chazan decisions dominated the whole discussion in Poland to such extend, that even Wprost magazine seemed to keep it’s head down and refrained from publishing further tapes from eavesdropping on important politicians (more here). As a result ever going discussion on abortion laws was restarted with redoubled force, covering all other current affairs. But it is doubtful that it is even possible to make better compromise on abortion laws in Poland. Current laws allow abortions only in few circumstances such as heavy deformation of the fetus, risk of life of the mother or to when the pregnancy is effect of rape or illegal sexual intercourse. Malicious commenters observe, that the biggest beneficiates of current legal situations are the gynecologists themselves, as while they can refuse to perform the procedures in state-run hospitals, many of them somehow don’t have such objections when the patient visit their private surgeries. Surely Czech and Slovak clinics performing abortions don’t need to feel threatened – it seems that Polish abortion laws are not to be relaxed and they still can look upon steady influx of patients from beyond their north border…

The next front of the religious war seems to be established along the lines of the in-vitro procedures. For some time already the Catholic Church tries to scare people with the stories of how this procedure results in the birth of deformed children. The first fiddle is played by a priest, professor Franciszek Longchamps de Bérier, who claims that he can instantly recognize kids born thanks to in vitro procedure due to something what he calls “a touch-furrow” (“bruzda dotykowa”) on their faces. Suddenly he became a Church’s expert on the matter, despite that he is a professor of Law, not of medicine. Now the case of the child “saved” by prof. Chazan became a main example, as the child was conceived using in-vitro procedures. Catholic activists seem to be resistant to the scientific proofs showing, that the percentage of abnormally developing fetuses is about the same, as in the “naturally” conceived pregnancies. Instead they prefer to “offset” the data in their own way: recently they rolled out the heavy cannons after analyzing the government data that shows that of many pregnancies after in-vitro procedures only 218 children were born. They have compared it a mass homicide and call for immediate stop of government funding of that procedure. The only thing is that they missed the important factor: the government data refers only to last year, as the procedure started to be funded only about a year ago, and even the children conceived in vitro are born after 9 months of pregnancy…

And this is where the problem lies: it is nearly impossible to have a rational, sensible discussion on the matters related to religion in Poland. And therefore instead of focusing on the things that are really important, the steam is going to the whistle, resulting in just a lot of noise if we are lucky. But often we are not, and the government offers further concessions to the Catholic church. Is there any chance for it to be changed in the nearest future?

This text was published in Czech in Britské Listy