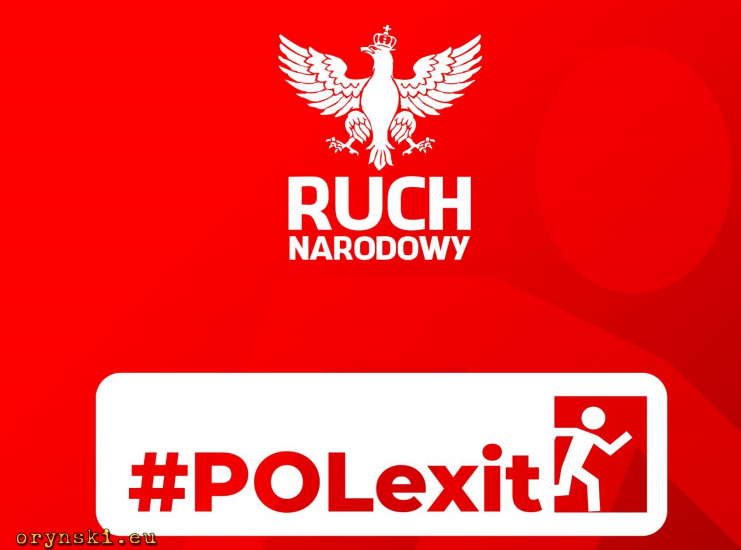 As I am trying whenever possible to make my own mind on the various political topics, I try avoid enclosing myself in my social bubble and aim to follow closely the whole political spectrum in Poland. And so when I was browsing what the extreme right has to offer for the oncoming EU elections, I found this interesting document. In it Polish nationalists point out, that every Polish citizen, even someone who (unlike them) is happy to see Poland in the EU, should expect the government to be ready for the eventuality when Poland would have, for some reason, leave the European Union.

Authors of this document then lay out their opinion on the Polish membership in the UE (which I won’t waste time on, as we heard it already from the right allover Europe – countries needs sovereignity, not EU membership, as this is the only way to MAKE THEM GREAT AGAIN). What focused my attention was that, unlike, for example, Britain, Polish nationalists are aware of the fact, that leaving the EU is not that simple. They propose reforming system of training of the civil service so when Poland will be leaving the EU, the Polish government will have the army of civil servants ready to not only take over administrative tasks shared up that point with other EU countries, but also to negotiate new trade deals with both EU countries and third parties.

The nationalists also point out, that in order to be ready to leave the Union, Poland needs to be self sufficient, otherwise it will end up like it is expected in case of no-deal Brexit, when the shelves in the supermarkets will suddenly become totally empty due to lack of imported food. They also demand strengthening of our energetic industry, which would require constructing a nuclear plant.

The authors of this document rightly point out, that leaving the EU is in itself a time consuming process, and on the top of that it would require many years of preparations.

And this is where the clue is: how it is possible, that a fringe Polish organisation, a widespread object of ridicule, is aware that leaving the EU will be a complicated process – even though we only joined the community 15 years ago. Meanwhile practically whole British political class (perhaps with exception of Scots, who have much more realistic view on things to come) plays fools, dancing to Nigel Farage’s tune, because not a single one of them had balls to stand up and say “hey, but this is not that simple, we need to prepare ourselves before pulling the trigger” when there was still time for it. Today, when Britain is at the verge of plunging into chaos, it would require even more courage to stand up and say the obvious truth, that jumping head first into the unknown waters was a mistake, so perhaps we should do everything we can to turn it back, or at least postpone it until we actually have a plan… But somehow I can’t see anyone being brave enough…

Britons are very proud of their democracy. I live in their country nearly 15 years, and I don’t really share their opinion on that matter. Of course it’s not that we in Poland have much to be proud of when it comes to politics, but at least in our country even complete muppets from the fringe of the political spectrum understand that simple truth, apparently unavailable to the leaders of the biggest mainstream parties in Britain, that to leave the EU one has to have a plan.

Illustration: A piece of the Ruch Narodowy document’s cover.

“Our fantastic future out of EU”

Tens of thousands of people protested on the streets in Poland. What is their anger about?
No comments yet
Great Britain Poland politics