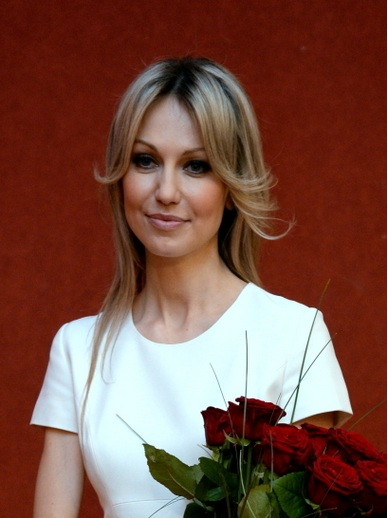 Oncoming year will see Poles electing new parliament and president. Somehow yet it is doubtful that anything will change, and frequency will probably be even lower. Why?

Right wing voters have plenty of parties to choose from. First there, right on the right edge of the spectrum there are circles related to Obóz Narodowo-Radykalny, an paramilitary ultranationalistic organization. They openly claim to be a continuation of pre-war ONR that was delegalized in 1934 after it conducted armed attack on the office of Polish Socialist Party. They are fighting hard against being perceived as a bunch of neo-nazi skinheads, but their own actions (most notable being yearly march on Independence day that usually ends in riots) are the biggest obstacle in that quest.

If you are not that radical, the right side of the political spectre still has plenty to offer, as the malicious saying goes “right wing parties breed by buddings”. The latest example is the fate of recently born Kongres Nowej Prawicy, a group that aimed to unite right side of the political scene recently had significant successes. It even managing to secure place in European Parliament for their controversial leader and idol of many young Poles, Janusz Korwin-Mikke and his crew. Yet in the last weeks it has split after it’s leader was removed from it’s position due to allegations of fathering two illegitimate children.

Moving to the left, but still pretty deep in the right, we have Prawo i Sprawiedliwość with it’s satellites, mostly consisting of people who were expelled from the party for either challenging it’s leader, Jarosław Kaczyński, or being a ballast to it due to their shady behaviour or being involved with the expense scandals. The only exception amongst them is Polska Razem set up by Jarosław Gowin, who even when he was still a member of ruling Platforma Obywatelska was considered as a PiS’s fifth column. But none of these parties have any chance to enter parliament on it’s own, therefore they try to pair-up with PiS and avoid being eaten by it. When it comes to PiS itself, it is business as usual. Jarosław Kaczyński and his helpers offer vision of Poland being at the edge of doom, organize marches “in defense of democracy” (as their old running topic of “assassination in Smoleńsk” seems to be wearing of) and occasionally trying to put down fires when yet another of their MP’s is caught behaving badly.

Platforma Obywatelska, although it claims to be a centrist party, does not really differ from PiS when it comes to ideological issues. Donald Tusk, a long time prime minister, owes his success mostly to the fact, that he refrained from any radical activities. That suited Poles who were tired with constant reforms – first, the AWS government of Jerzy Buzek introduced four radical reforms: in education, pensions, administration and health services. The next government of SLD made a drastic U-turns, stopping most of the reforms half way through that resulted in complete disregulation of the system and overgrowing beaurocracy. Then after the next elections SLD was replaced by PiS that aimed to completely wipe out everything that was build after round table agreements (considered by them as betrayal and conspiracy) and start everything from scratch along their vision of the republic. On that backdrop the government of Donald Tusk that came after rocking the state by PiS ended in early elections, aimed to focus on everyday problems like “hot water in the taps” and gave Poles a long awaited peace. Yet the hunger for changes grows, as passive governments of Donald Tusk and now Ewa Kopacz did not managed to address problems that are a menace to most Poles such as overgrowing bureaucracy, failing health service or pathologies at the employment market. Platforma Obywatelska seems to be unable to provide solutions, in the eyes of many Poles it is just mostly interested in securing it’s position and one of the ways to do it is to build a good relations with the church, which, as usual, means pumping yet another millions into church’s pocket.

Platforma’s coalition partner, Polskie Stronnictwo Ludowe, considering itself a peasant’s party is a very bleak organization ready to make coalition with pretty much everyone just to stay in power. Popular joke says that asked “who will win the next election” politicians of PSL answer “our future coalition partner, of course”. They are enormously strong at the local level, holding many positions in the local government and various council institutions and they are only interesting in maintaining the status quo. When it comes to reforms, PSL is, de facto, a brakesman of both economical and agricultural changes.

The only remaining party that is likely to make it over electoral threshold is post-communist Sojusz Lewicy Demokratycznej that cannot define itself since it’s defeat 10 years ago. The latest development is their new presidential candidate – completely unknown (apart from her brief appearances in soap operas), pretty blonde Magdalena Ogórek, PhD in history of the church. Her emergence came as a surprise to everyone as the only thing that is known about her worldview is that she defended right wing hero anti-abortionist prof Chazan after he was removed from his post in Warsaw hospital for breaking the law in order to prevent perfectly legal abortion (more on this story here ). Of the few more things known about Ms Ogórek is that she does not stick to her guns (as the blog entry in which she defended prof. Chazan was recently deleted from a popular portal) and that she has no idea about the role of the president as defined by the Polish constitution (at her press conference she presented her program that is completely unreal under current set of powers of the president, who’s role in Polish constitution is mostly defensive – his stronger powers are powers to veto or block certain laws).

In popular opinion candidacy of Magdalena Ogórek, who would fit much better in one of the right wing parties, is just an attempt to attract votes of the PiS followers, thus weakening competition of the current president Komorowski. By making this move, SLD is completely abandoning its left wing voters leaving them with no one to vote for, as SLD was the only remaining power on the virtually dead left side of the political scene. Ruch Palikota that achieved completely unexpected success in last elections, was marginalized by other parties due to it’s radical anti-church, pro-gay position and its calls for legalization of marihuana and nowaday is in disarray. It’s main asset, highly acclaimed MP, a gay activist Robert Biedroń, has abandoned mainstream politics after being elected a mayor of Słupsk city. The only one active left wing party is Green Party but for many Poles is just bunch of raging feminists and out-of-touch hippies and even if it has reasonable economical and social programs, they are not heard over the noise over trivial cases made by the ultra-leftist publicists associated with them.

Yes, on the left side some grassroots movements can be observed, the most notable example can be movement that managed to force Kraków city council to withdraw it’s bid to organize Winter Olympics. Movements like that had some successes in recent local elections but if they ever are to grow into significant nationwide power it would probably not happen before next election.

So as for now, one cannot expect any significant changes. Recent elections were won by Platforma Obywatelska thanks to the votes of people who voted PO in order to keep PiS away from power. But PO’s recent shift to the right and flirt with the church significantly weakened it’s claim of being “different from PiS”, therefore many voters might just stay at home, as for them it will make no difference if it will be PiS or PO that will take the power after elections and they feel that Polish political scene has nothing to offer. So, PiS or PO, the next Polish government will be a right wing government and political scene might be spiced up by some political exotics as low turnout usually helps right wing radicals.

This piece was published in Czech in Britské Listy

Picture: “Ogorek” by Vom2 – own work. Licensed on CC BY-SA 4.0 via Wikimedia Commons.

Who is responsible for perception of Poland?
Britské Listy Poland politics