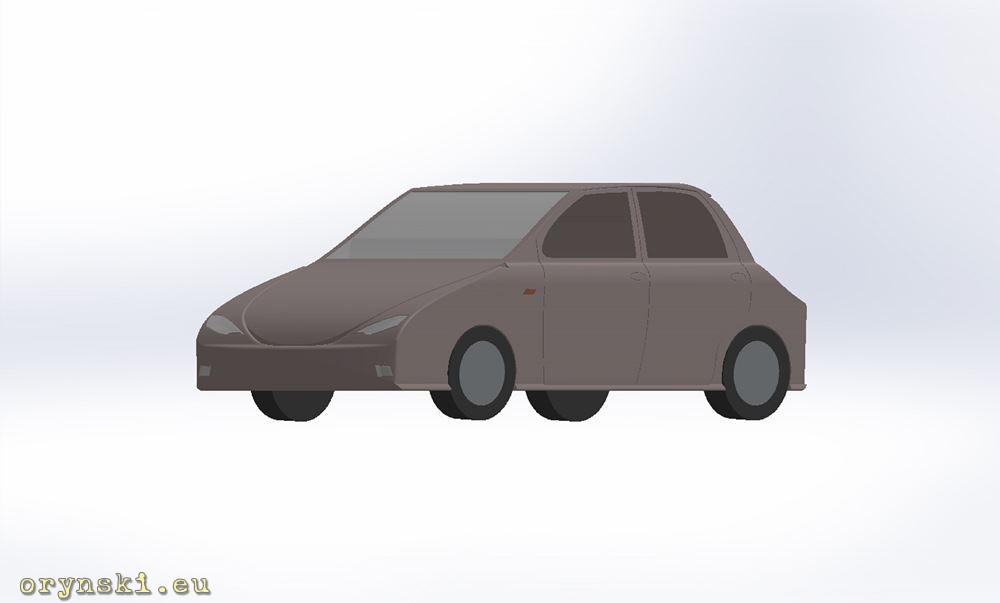 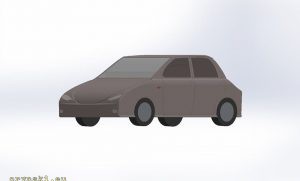 “New era settled across Europe. These are the times of shameless traitors, “German whores”, Fifth columns, totalitarians, corrupted alcoholics, leftists and fascist paramilitaries, astray cosmopolitans without homeland, fathers and mothers, believers in “cultural genders”, erotomaniacs, sexual pathologies and political correctness, murderers of children and parents, ponces in skinny trousers and pink ballerinas, people who adopt bees, trees and monkeys, political blackmailers and Islam, goat-lovers, Satanists, god-killers and junkies, genderist terrorism, political baseball players, liars, politicians without characteristics and honour… This is a crime on our Europe. Catholic Poland holds on, defends itself. So does Hungary” – said on her Facebook page Krystyna Pawłowicz, a PiS MP of some note.

It’s true, Poland tries to defend itself from all that evil: for example Zbigniew Ziobro, minister of justice, criticised a recent sentence of the Appellate Court, that upheld a previous sentence that found an owner of the printing shop guilty of discriminating gay people, after he refused to provide service to LGTB organisation that wanted to have some leaflets printed. And no, his criticism was not related to the fact, that despite finding the accused guilty, the court refrained from punishing him. For Zbigniew Ziobro this sentence is scandalous, as it might lead to LGBT circles forcing people to get involved in their ideological activities. “Of course I won’t allow anyone to harm hard-working, decent homosexuals” – added our minister, as he wanted to ensure everyone about his immense tolerance. He simply wanted to ensure, that in the future poor gay printers would not be forced to print, for example, leaflets protesting against adoption of kids by homosexual couples.

Subordinates of interior minister Mariusz Błaszczak also do everything to prevent spread of that Western European disease. They are happy to go extra mile, as in case of one police officer, who forked out his own hard-earned money to buy himself a teaser, which he then used on testicles of handcuffed, drunk French citizen. Serves him right, French people are well known for being puffs and Muslim-lovers! Sadly, the French guy survived, but Herbert Moravec, a 63 years old Austrian citizen was not so lucky: He was walking the street after a funeral and was approached by a security of the nearby open air event. They demanded to check his wife’s bag. Moravec opposed this demand, pointing out, that they are not interested in attending the gig, they just happened to walk by. After a heated exchange, he was detained by the security guards and then arrested by the police. When he complained about pain in his chest, he was initially mocked, then threatened that he will have to pay for unnecessary call of the emergency services. Finally, a doctor was called, but it was too late and Moravec has passed away. This is according to the deceased’ wife, as the version of the police is, that he attacked a security guard, then willingly agreed to go to the police station to explain that misunderstanding, then started to feel bad and died despite best efforts of the crew of the ambulance called instantly by the police.

Perhaps those foreigners were simply considered “enemies of the motherland”, and as the popular slogan worn by fans of so called “patriotic clothing” (see more here), and also placed on the uniforms by some of the police officers says, deserved to be killed?

But despite all that efforts, fifth column of Satanist eco-leftist politically correct goat loving puffs made some gains in Poland. According to environmental minister Jan Szyszko, the ancient forest of Białowieża became a “flagship of leftist-libertine movement”. Perhaps more logging in protected areas could help, but those bloody totalitarian environmentalists managed to get it signed up to UNESCO as a World Heritage Site. Luckily minister Szyszko’s lawyers have found that it was done against the law, and this terrible crime has been already reported to procurator’s office.

But at least we don’t have those bloody Muslim refugees in Poland. They are well known for that they cannot integrate and for being savages, who treat women like items. Recently in England for example, in a city called Hull, a gang of four man have badly beaten a 17-year old girl only for that she was dating a boy from outside their cultural circle. They jumped on the young girl’s head, have beaten her English boyfriend and assaulted his father as well… Ah, wait, they were not Muslim, they were Polish… Forget it then, it was a bad example. Poles usually treat women kindly, they put them on a pedestal and adore them. There is no other nation that behaves so gallantly to women… Unless they are feminists or against banning abortion, then it is alright to abuse them online, as this example of a councillor of Toruń from PiS teaches us: despite his appalling behaviour towards women online, he wasn’t met with any consequences or critique from his party.

PiS is too busy censoring other entries on social media. On a Facebook page of TVP Kultura, a culture channel of a PiS controlled state TV, they celebrated 70th birthday of actress Małgorzata Niemirska. Older readers from Central and Eastern  might remember her as Lidka from the TV series “Four tank-men and a dog”, this is her most popular role in Poland as well. The Facebook entry included a quote from the “song of the wireless operator”: “It’s me, it’s me, it’s me… Can you hear me? It’s me, the birch-tree, calling you!”. But, you know, the plane in Smoleńsk crashed into the birch-tree. So the entry was soon replaced with a quote from the second verse on that song, when the codename is not a birch-tree, but a flame. Yes, PiS is so obsessed with Smoleńsk crash, that they see connections to it even in the song from 1960 TV drama… Luckily, after that change was mocked by the readers, they reverted to the original version. But was that due to reaction of the people? Or perhaps they realised, that planes that crash usually end in flames, so the second verse is actually even worse?

Luckily, censoring 40 years old songs is not the only way in which PiS remembers “the president of the millennium”, “the father of the nation” Lech Kaczyński. His monuments pop up everywhere across Poland like daffodils in spring. Luckily, there is no lack of funding as many people, who got well paid jobs thanks to PiS recommendation, feel obliged to chip in. And so for example former PiS MP who gave up his mandate in order to become a board member of one of the biggest banks in Poland paid 40 000 zł for that cause. By now the number of monuments to Kaczyński and his wife is probably several times higher than the number of people other than Kaczyński-and-his-wife who also died in Smoleńsk plane crash, but are not considered worthy of remembering by PiS.

But despite PiS special interest in dead people and seeing coffins as favourite political tool, even living people could find themselves entangled into PiS’ political games. After the academics from Kopernik University in Toruń expressed their protests against prof. Morawski’s stand in academic debate in Cambridge (more here), he felt offended and he did not bothered to turn up at his postgraduate student’ defence of PhD thesis. As presence of the supervising professor is mandatory, the poor postgrad student is now in limbo, as it is unknown when he’ll be able to achieve his degree…

Meanwhile other PiS celebrities behave much better. At least recently. A 72-years old actor Jerzy Zelnik, recently most famous for his role in the movie “Smoleńsk” and being a keen PiS supporter confessed in an interview, that while he is guilty of adultery in the past, since his wife died, he remains faithful to her. Since last week I was mocking a woman for how she deals with her private affairs in tabloid media, and that made some of my female readers unhappy, let me ensure the gender parity this week by quoting a writer Jacek Dehnel who, on that occasion, invoked a short epigram by 17th century poet Wacław Potocki:

“He fasts piously, after he stuffs himself up to his neck
And is a proud faithful husband since he can’t get it up”.

Staying on the topic of erectile dysfunction: as every month there was an accident involving government vehicles. This time it was indirectly caused by government driver, as when the vehicle leading the presidential column stopped to give up it’s priority and let the driver of another vehicle pass, it has obstructed view of another driver, who, assuming that he will be sheltered by the privileged vehicle entered the junction and crashed with that other car. Accident like many, we are well used to government columns causing mayhem on Polish roads by now, but look at the size of this motorcade:

Is there any other explanation why president Duda needs to travel with an entourage several times bigger than that of the British Queen, who happened to pass me on two occasions on her way to her summer residence near Braemar?

Let’s just hope, that people involved in this accident were not old. As according to Polish courts, if you are old, you don’t deserve any compensation for your loss of health, as you are pretty useless already anyway. No, I am not joking, this is the real case of 80-years old pensioner, who was hit by a speeding car when walking on the pavement outside his house. Since he is no longer able to drive, or walk, and cannot take care of his ill wife, he sued for compensation. The court awarded him some silly money, arguing that “intensity of suffering caused by disability is bigger in young people, who have to give up joy of life given to them by health, chance to work and personal development”. For elderly person psychical consequences of the accident are less likely to be long term, argued the judge. Am I the only one to interpret it, that there is no point in awarding compensation to elderly, because they are sick and going to die soon anyway?

In the Poland ruled by PiS, young people have indeed plenty of opportunities to develop themselves. For example minister of development Mateusz Morawiecki, announced, that Poland is to be soon one of the biggest manufacturers of electric cars in the world. According to his world, by 2025 there will be a million of them roaming on the Polish road network. And he does not waste his worlds, therefore government inspired company ElectroMobility Poland S.A. decided to start designing those cars as soon as possible. And, coming from politics, that recently become a matter of the superficial appearance not only in Poland, they thought that the first thing needed to build a new vehicle is to think how it should look like. Therefore they organized an open competition for the designers. Sadly, no serious car engineers decided to participate, as anyone who has any engineering knowledge knows, that you cannot even think about the car’s look before you get to know at least basic technical specification. Therefore many young people were able to spread their wings, you can see the gallery of the competing projects here. My personal favourite is design proposed by Aleksandra Sikora:

I think it would fit perfectly into the Polish landscape as portrayed in one of Wuff & Morgenthaler’s comic strips:

This piece was written for Britske Listy
Project of the Polish Electric car by Aleksandra Sikora.
Comic strip by Wuff and Morgenthaler, www.wumo.com

One Reply to “Meanwhile in Cuckooland 30”