Despite best efforts of the medical team, who operated for over 5 hours and transfused over 20 litres of Blood, Mayor of Gdańsk Paweł Adamowicz died from his wounds after being attacked by a mad man with a knife on the stage during the finale of Great Orchestra of Christmas Charity. Next day thousands of Poles gathered on the streets and squares across the country to express their grief and disbelief and to protest violence. Meanwhile, the political scene starts to get back to normal, and everyone blames everyone for his death.

There are already some accusations and conspiracy theories. Some people believe, that the knife-wielding murderer was inspired by the right and try to blame PiS and the radical right for this crime, as Adamowicz, being progressive and associated with Platforma Obywatelska, has been for a long time a victim of hate campaign fuelled by pro-PiS media. I don’t believe this is true, but on the other hand, we cannot ignore the wider picture of the situation.

The murderer, who just left prison after serving 5 years for a series of armed robberies, seemed to be very proud of his action. After stabbing the president and before being captured, he managed to grab the microphone and shout “My name is Stefan Wilmont… I was imprisoned despite my innocence! Platforma Obywatelska tortured me! This is why Adamowicz had to die!”. Allegedly he has a history of mental illness. But his attack was aimed at prominent PO activist, and that he remained on stage, proudly raising his hands in the gesture of victory.

According to prof. Janusz Czapiński, a social psychologist, this is significant. By connecting his crime to politics, he hoped to find understanding – if not support – on the right side of the political scene. And not unreasonably: after all, when in 2017 opposition members were attacked by a group of far-right radical thugs, the PiS spokesperson famously said: “I don’t encourage it, but I do understand them”.

The comments that flooded right side of the Polish internet proves, that he indeed can find understanding and support. The fans of the page connected to Independence March organized in Warsaw by far-right every 11th of November rushed to express their joy from the attack. “It would be nice if he died,” says one, referring to Adamowicz, who was still alive at this time. “He deserved it” seconded many others”. “Death to enemies of the motherland”, said someone else. Someone called the murdered “a national hero, who deserves a medal”.

There were also several other voices, expressing hate 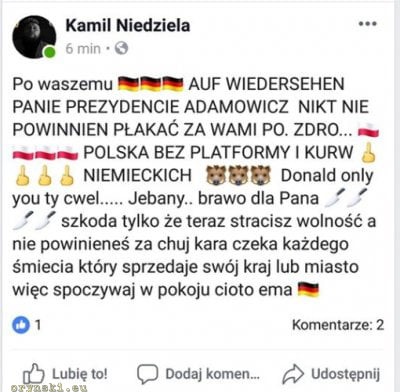 and demanding other opposition politicians to be killed: “Now it’s time for Jaśkowiak (mayor of Poznań) and mayor of Wrocław. Let they become victims of their leftists and ungodly approach to their function” (this man was already detained by the police).

Others suggest, that this should be just the beginning of making PO responsible for their crimes:

The process of dehumanization of the political opponents went so far, that some even call the blood transfusion “a waste of blood”.

Polish right is aware, that the problem is on their side. After all, as I wrote before, it’s Kaczyński who woke up the Golem of the far right and now is losing control. This is why they’ve decided to attack. The flagship propaganda show on TVP had been shameless enough to play a series of out-of-context cuts of PO politicians speeches mixed with examples of aggressions towards PiS activists to make it seems as it’s them who are fuelling hate crime in Poland. And all that after broadcasting Adamowicz family request so that his death won’t be used for political gain:

Strange they failed to find any footage with PiS politicians calling their political opponents “worse sort of Poles”, “those with Gestapo genes”, “traitorous mugs”, “animal element”, “communist and thieves” “those with gene of treason” and so on – all those examples come solely from Kaczyński, and he is quite mild when compared to such hate-mongers like his MP’s Krystyna Pawłowicz or Dominik Tarczyński. It’s PiS who defends neo-Nazi preachers of hate such as former priest Jacek Międlar, it’s PiS government who fails to punish neo-Nazi for hanging portraits of opposition MEP from the gallows, yet bends the law in any way to harass a teenager who took part in a protest against church paedophilia. Most recently social services were instructed to check if he is not “demoralized”.

Of course, the Church would not be the Church if they haven’t tried to put their threepence’s worth. One of bishop, answering to demands that number of religion classes should be cut and catechists should not be paid from the budget, used the murder of Adamowicz as an example that educational effort provided by religious classes should not be cut down, but – on the contrary – should be extended further to help people who are lost in this chaos. Meanwhile, Archbishop Gądecki sent his condolences to Adamowicz family, but at the same time said that “murderer needs more compassion than murdered”. Well, with the growing demand to make church responsible for all paedophilia scandals I can understand why they think that is so important to teach young people, that the perpetrator needs more compassion than the victim.

But the church should be happy. Because not only the victim but also the moment and place of the murder was significant. And so finally, thanks to the madman with a knife, they achieved something that they dreamed of for years: Jerzy Owsiak resigned as a chairman of Great Orchestra of Christmas Charity. Owsiak was for years a thorn in the side of the Polish right – not only he created a successful charity organization that over 27 years managed to raise more than a BILLION of Polish zloty to help hospitals for children and the elderly, but also he becomes an iconic figure for the Polish youth. His positive message captures the mind of a second generation already. He teaches young people, that if they get together, they can achieve great things and help others. He tells them to stay clear from addictions, to avoid violence and spreads the message of love – and his message reaches the young generation, as can be seen during Pol’and’Rock festival (formerly: Przystanek Woodstock) organized annually in summer as a big thank you to all people who helped with Great Orchestra of Christmas Charity: despite it being one of the biggest free open-air festivals in Europe, it still remains also one of the safest.

Polish right hates Owsiak – not only for his influence on Polish youth that the church can only dream of but also for that his charity competes for donations with church-run Caritas. They have attacked him for decades, with the most notable example of the right-wing blogger Piotr Wielgucki, who is obsessed with him and keeps accusing him of fraud and other crimes, despite losing several defamation cases. His internet page is full of hateful rants against Owsiak with the most recent one bearing the title “Why I hate Owsiak, and I hate him for everything”. When the PiS came to power, the attacks on Owsiak became institutionalized: we wrote about all of this previously in our series “Meanwhile in Absurdistan”.

Owsiak, who always been the unruly type, refused to be silenced. On the contrary, in recent years he started to openly criticize government position in many aspects, but compared to the actions of government propaganda he remained polite and classy on most occasion. Moreover, Poles significantly increased their donations to Owsiak’s charity, seeing it as showing their opposition to PiS. 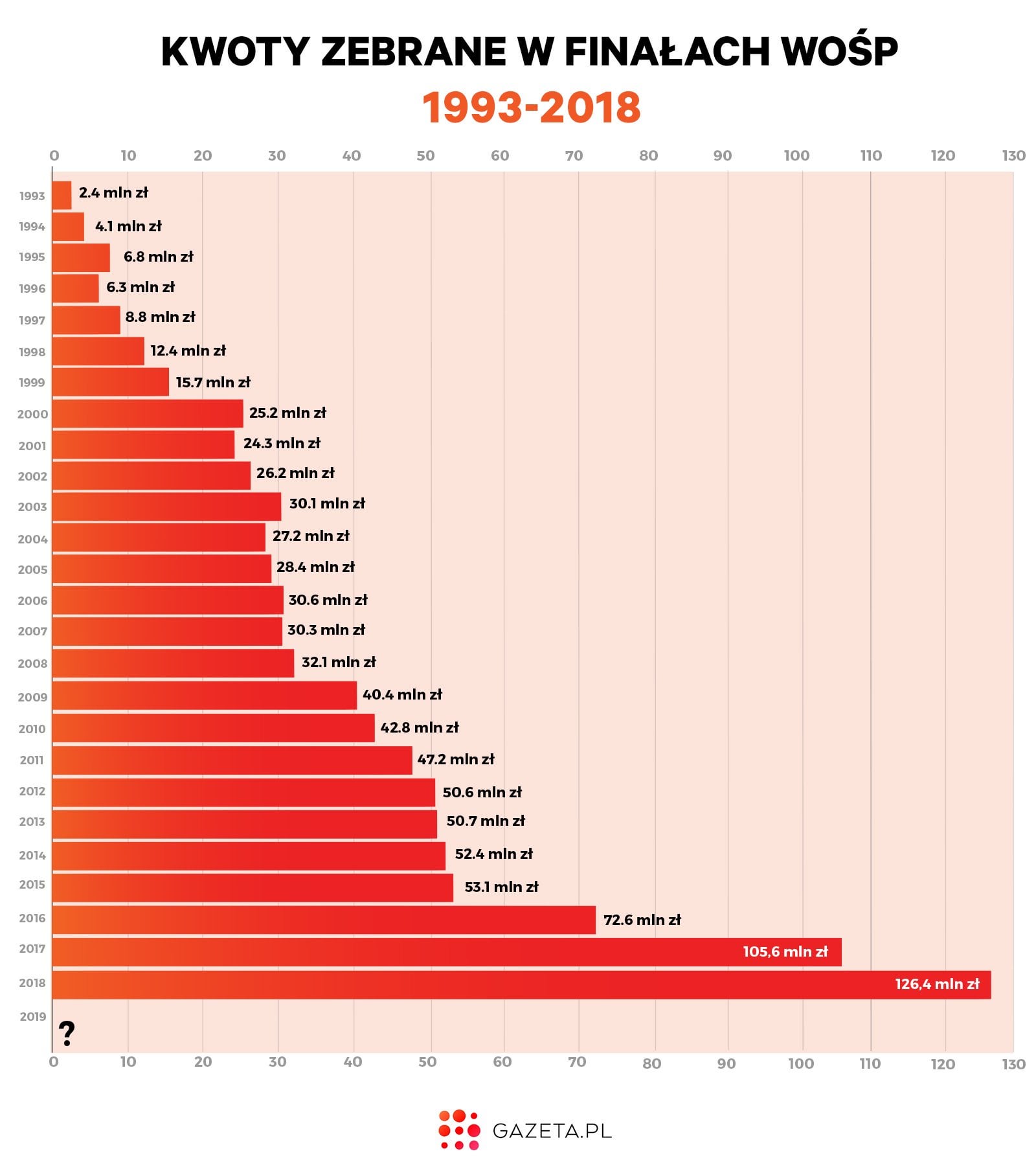 That only further enraged the right, and they no longer had any brakes. Days before the final of Great Orchestra of Christmas Charity, TVP broadcasted a short animated movie showing Owsiak as a puppet, send begging by the PO politician just so they can steal most of the money raised by him:

This caused an outrage, as even many PiS supporters consider it an repulsive, disgusting propaganda. TVP kicked out author of that animation, as well as the host of the program that broadcasted it. But was it because they find it abhorrent, that Owsiak and former mayor of Warsaw are shown as blatant thieves? No. The official reason was “anti-Semitic associations”, as one of the bank notes depicted Jarosław Kaczyński and the geometric symbol that allows blind people to recognize its denomination was a Jewish star. So for TVP slandering Owsiak and opposition is perfectly fine, but barely visible symbols on one of the many miniature banknotes are the reason to sack one of their star propagandists and the animation series author, who calls her work “hammer for leftists”. She also claims that “unclear finances of the Charity helps Owsiak to promote himself as a guru and support his ideology – amongst others pro-abortion stand and demoralisation of the youth”. This is yet another example when the right accuses Owsiak of a financial scam, despite the fact, that charity finances are openly available to everyone online (which is not a rule in Poland) and if there would be something wrong, numerous controls that he had to face would surely find something.

On the day of Adamowicz’ death, PiS MP Krystyna Pawłowicz knows for being a total boor and hate-monger, spoke again. She accused the charity leader of “arousing negative emotions in people due to his radically controversial views, spreading hate and slander, humiliating others and also financing ‘other than medical’ activities from the money raised by his organization. Owsiak must go, as wedging people and his instigations will end badly. Owsiak MUST go. For the good of his cause and safety of others” – she said in the twitter conversation with Wielgucki, who seconded her by saying, that Owsiak supporters are “fanatics of the sect” and that he raises them to become knife-wielding murderers.

Jerzy Owsiak was facing this kind of slander and hate for decades, with honour and dignity. Now, visibly woeful with the death of Adamowicz, who was always a vivid supporter of his charity, he finally gave up. He seems to believe, that since hate is aimed at him personally, his departure will allow for the foundation to continue its work in peace.

And this is why Monday, the 14th of January was a doubly sad day for Poland. Not only a prominent politician was murdered, but also the man, whose name became a synonym of the charity, decides to leave the stage. This is a day of victory for Pawłowicz, Wielgucki and likes. The future of Poland looks even bleaker today. 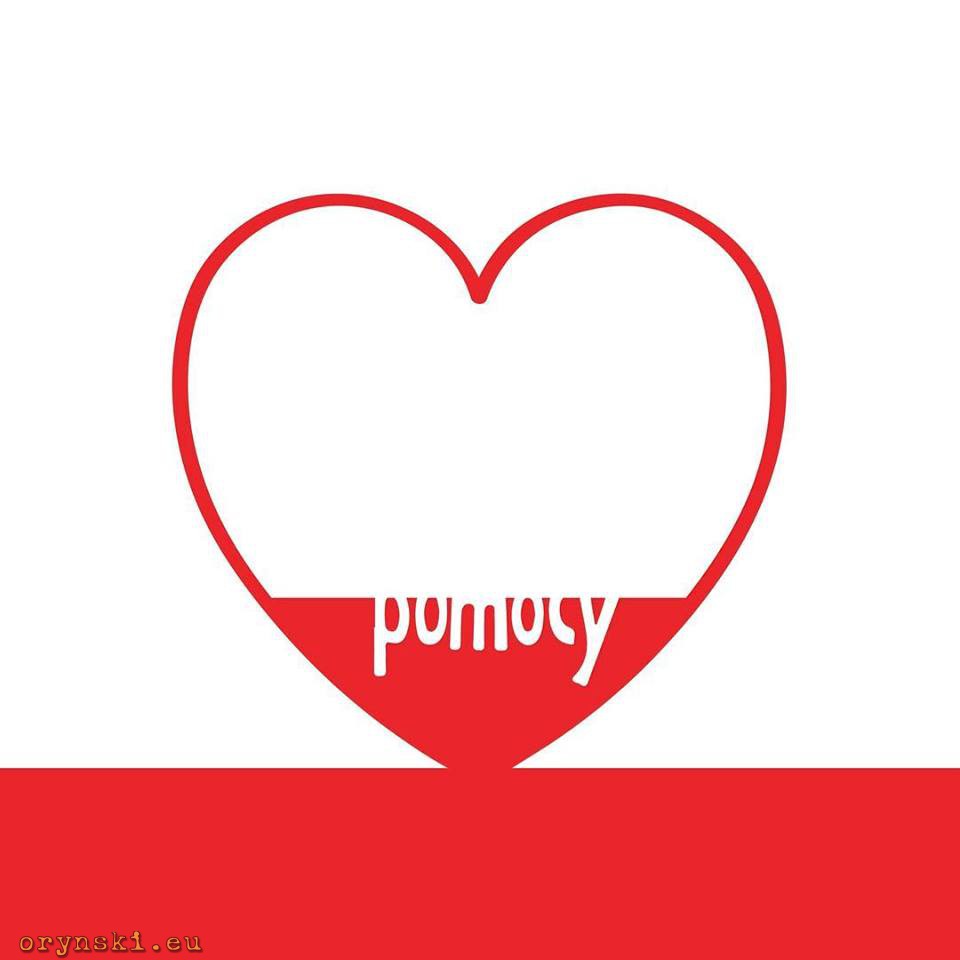 Do it yourself
No comments yet
Britské Listy Poland politics society