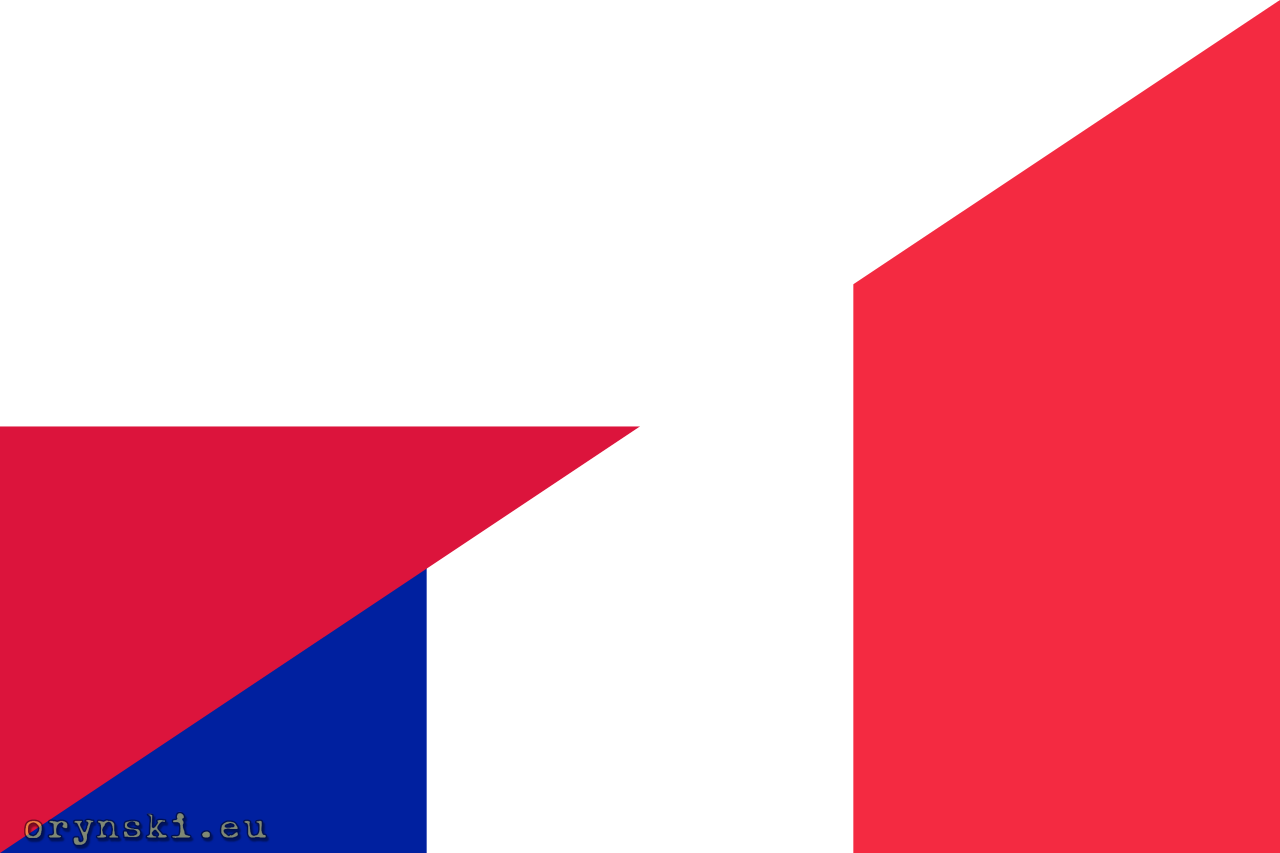 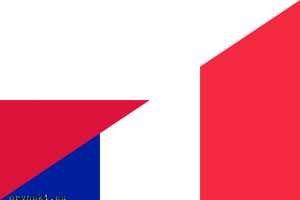 France fell. “The French had no more strength to fight for France. Compared to them, Poles are people of mighty spirit, they give full power to Polish patriots. We are being reborn, French are dying…” – said PiS MP Krystyna Pawłowicz on her facebook page after learning the result of the French election. And it was all looking so well until last moment! Right wing publicist Samuel Pereira, that after PiS take-over of public media became a deputy chief of publicistics, has been watching presidential debate and was so excited seeing numbers for Marie Le Pen growing… Until it was pointed to him that those numbers are actually a stopwatch measuring the time that each of the candidates has been speaking…

But it has happened. Now the PiS government has to deal with president Marcon, who is on record for expressing his concern about the state of democracy in Poland and announcing that he will act to tackle competition of cheap labour from Eastern Europe. The PiS leaders have tackled the problem with grace and tact they are so famous for: Minister Waszczykowski explained, that Marcon is simply jealous of the Polish economical power, and that’s why he seeks revenge. It’s true, it has been confirmed by researches from San Escobar Science Academy! Meanwhile Minister of Defence Antoni Macierewicz has reminded that, unlike France, Poland never collaborated with the occupants, despite the fact, that this had nothing to do with the topic of his speech on this day.

As we all know, or at least those of us who read right wing media, what Nazis were to Europe 80 years ago, Muslims are today. This is why Patryk Jaki, deputy justice minister said, that fighting islamisation will be his personal Westerplatte. It’s quite pessimistic if we remember, that on Westerplatte in September 1939 a small garrison of Polish soldiers for 7 days kept up the heroic but futile fight and then finally surrendered after they were decimated by overwhelming powers of Wermacht, Kriegsmarine and Luftwaffe…

But it is somehow that the cemeteries and remembering fallen victims give power to Polish right. In a celebration of the 72th anniversary of crossing the Odra river, archbishop Andrzej Dzięga (as of course in Poland historic anniversaries are just another pretext to have a religious event at the expense of taxpayer) made a beautiful speech: “Just few minutes before you’ve arrived, Mr President, one of reverends have spotted an Eagle over the forrest. This eagle has circled. And it circled in a good, right direction. As if he had hope, under those clouds, and as if he was watching that cemetery with joy, as this cemetery is a sowing of the new time and new generation. Circle, white eagle, over Polish soil and over Polish hearts!”.

Maybe the archbishop hopes for some government job, or at least some money. He knows that PiS values poetry: even a Muslim can be rewarded for his poetic skills. Selim Chazbijewicz, a Tatar activist and author of the poem “Ode to Jarosław Kaczyński” (see here) is typed for a new ambassador in Kazakhstan.

I think that we can take a little break now and, for a change, enjoy a bit of top-class poetry:

“You, who like victorious Chrobry strengthen our state
You, who from scratch resurrect Polish dignity
You, who like an eagle ascend over the rock
It’s you, who’s right, it’s you, who is rushing to help.

So many roads you had to cross, our victorious leader.
So many defeats you had to face in order to stand up again
So many years you had to wait so now, in glory
You can rule Poland and keep changing this country

In a direction of empire stretching from sea to sea.
So all the nations, from Balkans to Baltic
And even birds, that fly in the skies
Would worship Poland and worship it’s leader.

Oh, great Jarosław, lord of Polish souls
Who will protect our nation from calamity
Who will conquer empire of ancient Poles
And who’ll revive Warsaw and Cracow

Let memory of your brother Lech
Forever in the land of St Vojtech
Will connect, rather than divide
Our chosen nation*”.

So let’s sum it up: praising Jarosław Kaczyński is good for your career. Criticizing PiS politicians is not: Polish Consul in Mexico, who refused to take an order from the hands of president Duda in protest against PiS politics was sacked.

In other news: approx 90 000 of people marched the streets of Warsaw, protesting PiS politics and supporting EU, although police claims it was only 12 000, which allows PiS propagandist to paint this event as a total failure of the opposition. TVP has even broadcasted another propagandist slander. I don’t like propaganda, I am striving to be a professional journalist painting the whole picture, so, unlike TVP, I would like to mention, that there was also a march of people in support of PiS on the same day. According to independent footage the number in that case was 4. Yes, it’s not a spelling mistake: four. I failed to find an official estimate by the police, but based on their estimates so far, I would guess that they would estimate this number at about 600 000.

The raise of hate crime continues. The HQ of the NGO “Campaing against homophoby” has been attacked with stones again. Local community had to raise money for vandal-proof roller shutter doors for a Polish vet from Wrocław, who is well known for offering his services for free to poor people, after has his surgery raided again. He was threatened by skinheads because “he looks like a Syrian”. Meanwhile Justyna Helcyk, a local leader of fascist organisation ONR just avoided facing the court for hate speech after she, amongst others, called Muslims “ścierwo” (~corny shit, lit. carcass). The prosecutors removed her case from the court, claiming that they need to get more evidence. Apparently despite several records of her speech, the witness statement of the owner of the flatbed van that served as a stage was needed. But now, after the prosecutor in charge get promoted, she changed her mind and found no grounds to prosecute Helcyk any further.

It’s good, as now the justice system will have more time to deal with real criminals, like the anonymous (so far) person who trolled Jarosław Kaczyński by swapping the traffic sign. Jarosław Kaczyński changed his visits to his brother grave in the cathedral located at Wawel’s king castle into a big political demonstration. Instead of just privately walking there, he enters the castle in a motorcade, welcomed by both crowds of his fans and protests of political opponents. “For his safety” he is allowed to use front gate (last person to do that was Nazi governor of Kraków, Hans Frank). Someone replaced a sign saying “No vending without permission of Castle Management” into “No abuse of religion to spread political message” and is now sought by the police, facing a hefty penalty or even detention.

In culture: TVP has cenzored a musical concert. They had cut short a transmission of the musical tribute to a poet Agnieszka Osiecka, because one of the final songs were performed by Natalia Przybysz. She is obviously no longer allowed to sing for Poles after she made public that she went to Slovakia to have abortion. Who cares, if she had an abortion, she propably could not sing anyway. Or something (I am still struggling to follow right wing logic).

But the good news are coming from Polish fashion industry. So called “patriotic wear” became a new hit. Amongst numerous t-shirts and hoodies commemorating fallen victims, Warsaw uprising or soldiers who continued fight against communist government in late 1940’s, there are some less obvious choices. Some of the more popular slogans are “Whole that hooligan graft is for you, our motherland”, “our hearts and fists beat for the motherland” or “Devil says: you can’t stop the storm. Pole answers: I am the storm”. The patriotic message can be spread abroad as well, as wide range of emblems with slogans in foreign languages are available, for example “Kurwa zu deutsch Guten Tag – Ich komme aus Polen”. For unknown reason the important message to leftists of the world, ordering them to stay clear from Poland, is in Polish. If they won’t understand it and come anyway – tough luck, as they can be killed for the glory of Christ by one of the wearers of this T-shirt.

The most spectacular ejaculations of patriotic design can be seen on this Facebook page: https://www.facebook.com/bekazodziezypatriotycznej/, so those of readers, who have interest in fashion can browse the pictures for themselves. Meanwhile I will go to sit in the corner and cry over stupidity of some of my fellow country mates.

*) The poem is quoted for the sole purpose of information. I believe this gives an important insight into the minds of PiS activists.

This piece was written for Britske Listy.

4 Replies to “Meanwhile in Cuckooland 25”