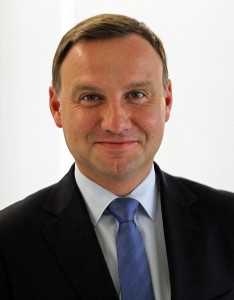 Finally, Poland is getting some recognition. And not just Poland, but the Polish independent journalism! Mocked in his own country, ignored by mainstream media, Marcin Rola (whom Britske Listy readers might remember from this for example) suddenly became a star of a BBC. And in the prime time! The Newsnight program investigated how Polish radical right infiltrates the Polish community in Britain, and Rola, who is playing an important role there, have been interviewed. He used his chance to make a complete fool of himself in two minutes:

Meanwhile Polish right is outraged. They say that the material is biased because the author has been picking only the fact that support her thesis. It is the most blatant case of the pot calling kettle black, as they keep repeating at nausea that the BBC material is the responsibility of Maya Rostowska, daughter of the former minister in Donald Tusk government. They completely ignore the fact, that the main author of the piece was Nawal Al-Maghafi, a highly acclaimed BBC journalist for whom investigating radicals is nothing new…

You can watch the whole material in English here.

Meanwhile back in Poland it has been a year since Mateusz Morawiecki unveiled a keel for a first of the many new ferries that will allegedly be built by renationalized shipyard in Szczecin. You could expect that a lot had happened on the slipway since then, but you would be wrong. The element is exactly in the same condition as it was a year ago and not a single rivet has been added to it. And no wonder, as it was all just a propaganda stunt – not only there is no technical project for the new vessel, but it is even unclear who would be willing to buy it? And why would anyone even want to buy a ferry from the shipyard that has no experience in building this kind of vessels, and why the shipyard should give up the jobs that it is good at (specialist constructions, floating tanks etc.) and try to compete with far east shipyards that can deliver a similar ship at half of the price?

But the show can go on. The banks will pretend that they are ready to credit the project, ferry companies might pretend that they are to buy it, after all, it is like in the old Polish song: it’s not about catching the rabbit, it’s about chasing it. But for that show to work, the banks and the ferry companies have to play along, so they have to be run by trusted people. Perhaps this is why the son of the illegally elected puppet head of Constitutional Tribunal has just been promoted to the position of important director in state controlled bank PeKaO.

Surely, one could expect that this sounds like a job for Central Anti-corruption Bureau, but they have their own problems. It has emerged that the institution received 25 millions of złoty from the Fund that is supposed to help victims of the crime. Apart from the obvious question how funding PiS’s pet government agency is supposed to make life of the victims any better, there is even bigger issue: since CAB is crucial in the fight with corruption, it is illegal for it to receive money from any other source than directly from the government…

If CAB has problems on its own, then perhaps one could hope that the job will be taken over by the Police? Well, that might be not so easy as well. In April over 5% of police jobs were unfilled vacancies, despite the fact, that recruiting criteria have been significantly lowered (unless we believe far right sources, which claim “a real abundance of the candidates for the Police, the force is keeping only the best ones”, if anyone was wondering how are the things going in the alternative universe). Still, for every new police officers, three others leave the force. The government is not doing anything to make it better, as in their political frenzy they try to cleanse it from anyone who had any ties – real or imaginary-to the communist regime, or even to the previous government. Many police officers are also fed up by being used for the PiS political games (like protecting Smoleńsk monthly events in Warsaw etc.). It seems that the morale within the force is also quite poor – recently during a training session of the anti-terrorist department, an officer was found dead after falling off the first-floor window while drunk. Other participants of the training were supposed to report next morning to be breathalyzed for alcohol, but 11 of them failed to turn up on time, so they have all been sacked. I would refrain from taking a stand on the background of that story, but one thing is sure: the anti-terrorist force in this region has not become any stronger after that event.

Luckily police is not always needed if the justice needs to be served. Thanks to the changes in the law, Ministry of Justice can now publish declarations of assets of the judges, and it is very keen to do so in case of the judges that are not willing to submit to the new ways introduced to judiciary system by PiS. And so now everyone can, for example, go online and check, where judge Waldemar Żurek lives, what car he drives and so on – which probably could come handy to those criminals who already threatened him. The prosecutors consider those threats to be serious, yet the ministry has decided that he does not need to be protected and that splashing his private information all over the internet might be a good thing. Perhaps they hope that criminals will solve the problem with a defiant judge for them?

Luckily people taking matters in their own hand is not always a bad thing. Students of one of the Warsaw’s high school were unhappy with anti-abortionists campaigning outside their school. The van, that displayed drastic pictures of aborted fetuses, had been wrapped by them in an aluminum foil. I wonder if they will now be persecuted as those people, who tried to stop nationalist marches?

Police officers are not the only ones who quit their jobs due to political pressure. A highly acclaimed historian dr Adam Puławski has left Institute of National Remembrance after 18 years of working there. Why? He focused his research on what the Polish underground was doing about the Holocaust, and the facts were not helping the PiS narration according to which all Poles were heroically fighting to save Jews from Nazis. He was barred from working in his field of research and moved to the department investigating “crimes against Polish nation”. Even the open letter signed by 130 famous historians such as prof. Norman Davies or prof. Timothy Snyder was not enough to change mthe ind of his supervisors, so dr Puławski decided to quit his job.

The things are not going well for experts of Minister of Education Anna Zalewska as well. She just finally lost her court battle and she will have to disclose the names of the “experts” that prepared the new school curriculum. Readers of this series might remembers what rubbish Polish kids are now taught in school from some of the previous chapters, so I am not surprised that those “experts” were trying so hard to remain anonymous. Especially that they won’t be the first PiS experts who became a laughing stock recently. Adam Bohdan from an environmentalist NGO has told Gazeta Wyborcza that foresters from Augustów forest were worried that one of their aurochs is not growing as quick as the other ones. To his amazement he found out that this animal is actually a male domestic cow, which might explain a lot. The case begs the question: if the aurochs population here is under strict supervision of dr hab. Wanda Olech-Piasecka, a big fan of the former environmental minister Jan Szyszko, then what does it tell about her qualifications?

But at least the job market is doing better. At least for the workers, who can finally feel job security after more and more employers offer proper full time jobs instead of temporary forms of 0 hours contracts. But if you look at this from the other side, the things might look different. As one article on gazeta.pl screamed in the red headline “Situation on the Polish workmarket is so difficult already, that employers are trying to bribe workers with job contracts” (the title has been amended since, but it can still be seen in the link). It’s scary to think what is going to come next, something has to be done, otherwise we might end with such pathologies like employers paying their workers decent money!

And only Mundial has been a disappointment for Poles again. “How cool it would be if we became Football champions by winning with Germany on Russian soil on the hundredth anniversary of Poland regaining independence” – people were dreaming about that in at least few places in the internet, notably right wing Twittersphere and the community news site wykop.pl. Alas, as you might know, there is no chance for that: Polish representation have chosen to follow traditional strategy of three matches: the first one, the one where everything is at stake, and the one when they try to save their honour. Neither of them went well. It seems that Polish football fans will have to switch to the cheering strategy explained by one of the right wing politicians: “First we cheer for Poles. Then for Catholic countries, finally for Christians. And there we prefer orthodox over [protestant] heretics. If Christians are not playing, then we cheer for monotheistic religions. And finally we cheer for everyone but Germany…”. Meanwhile Poles start to wonder what is wrong with our representation. There are some brave theories like that one, which claims that Poland lost the game with Senegal, because our footballers, unlike those from Africa, have been vaccinated. But why look so far? It should be enough to draw from the well of wisdom that are tweets of Andrzej Duda. He knew what the problem is years ago when he tweeted:

Why, oh why, you had to break constitution so many times, Mr President?